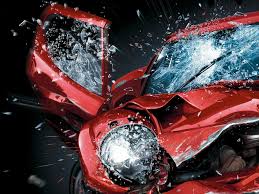 My dad loves cars. Growing up he taught us the importance of a car. Just because it’s transportation doesn’t mean it’s a garbage can or a restaurant. This stating that we were not allowed to leave anything in any car or eat in them. In winter before we’d get in any vehicle we would have to click our shoes together getting the snow off our boots, and the frost on windows, well you could forget about drawing on them, because we weren’t allowed to do that either. When I was little I thought he was just being strict about cars because he loved them so much but now that I have a car I realize that doing these things help the car last longer. Your probably wondering what this even has to do with mercy? Well, let me get to it.

I was about eighteen when it happened. While I was on my way to work driving my dad’s car I lost control moving the car around in to the side of the road hitting the side of my door into a telephone pole. I could’ve died, and part of me wished I was dead. I started screaming at the top of my lungs. The fear of how my dad would react was killing me.  After I settled down a little bit I called my mom and told her what had happened. When I came home that night it was written all over his face, that he knew. Devoured by my guilt I waited for him to start yelling at me telling me what a terrible  person, driver, or daughter I was for ruining his car. I was waiting for him to tell me I had to ride the bus for the rest of the school year, for me to give him my license, for me to never be allowed to drive one of his cars again!

I tried to avoid him that night and every time I’d pass him the car wasn’t mentioned. The next day before my dad and I went to work at my grandmas we headed to a junkyard. The car ride was silent. I looked out the window. I began thinking When will he let me hear it? When will he disown me? At the car junkyard we found a new door and a hood. He had me pay for it. That was all the talk we had about the car.

Mercy, an act of forgiving when one doesn’t deserve it. My dad and I both knew what I had done was wrong and it would of been just for him to be upset and discipline me. But I think something was more important to him, me. That day I learned  what mercy really was.